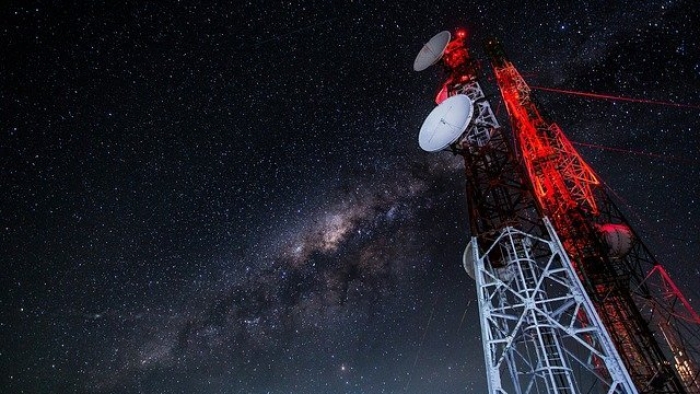 To design of a good wireless IoT sensors one need a good understanding of antenna theory. While it is complex to fully understand how antenna operate and the math is very abstract, there are a few intuitive elements that can be used to better design connected sensors. This short post will highlight some of the core elements that define an antenna link between two wireless transceivers. Hopefully, this high-level understanding of antenna operation will help understand the realities of building wireless sensors.

When a radio system is designed, we need to incorporate an antenna.  To be useful, the Bluetooth electrical signal coming out of the chip needs to be transformed efficiently into an electromagnetic wave.

It is quite easy to design an antenna.  Pretty much any strand of wire or loop will result in some form of antenna.  What gets quite challenging is to design a good antenna.

What we consider a good antenna is one that is highly efficient at transforming the electrical signal into an electromagnetic wave.  If the antenna ends up dissipating that signal as heat in the product, that is bad.  We need a strong signal out from the antenna, not wasted heat.

If we combine both the efficiency and directivity, we obtain the gain of an antenna.  Generally, the antennas have some level of gain as they send the waves efficiently all around on one plane, but not much energy up or down.  A bit like the camping lantern analogy, there is no point sending light in the sky or towards the ground.  Furthermore, the physics of antenna prevent them from sending the same signal in all directions (isotropic).  They will generally radiate on a dominant plane.

Its that plane that generally you wish to match up with your sensor design. Its not the best idea to send your signal up through the ceiling if your intention was to cover a large floor area.

It is however possible that you would wish to send your signal strongly towards a given direction and not everywhere. Those specific designs would use directional antennas. They would create sensors that require good instructions on how to point the antenna towards the receiver for them to meet the range objectives.

When an antenna is integrated for example on a circuit board (to keep it miniature), there will be some directions that offer a stronger signal.  For the best omnidirectional results, the antenna would be required to stick out the product and be rather long.  If the antenna is coerced into a small area on a circuit, it will suffer from non-uniform radiation pattern.  It will generally offer a broad range of angles that work well, and some angles are problematic, generally those right along the circuit board or right above the antenna.  As you will see, the possible achievable range are affected by those effects.

As you start to explore options of building IoT sensors, you will quickly find that many designers are faced with similar constraints of attaching a radio transceiver to an antenna, keeping the overall circuit small, efficient and well adjusted to the operating frequency. This is why there are many offerings of radio modules.

At Motsai we sometime need to design our own antenna to meet a particular challenge. However, most of our work involve integrating modules with either an internal or an external antenna. Unless your production volume is very large and you can afford the complexity of designing the antenna, tuning it for maximum efficiency, optimizing its cost and dimensions, it is often a better choice to use a module and focus on other portions of the design.

We have come to appreciate the various modules from Fanstel as they have the unique feature of being able to use a similar footprint and select antennas based on range and cost.