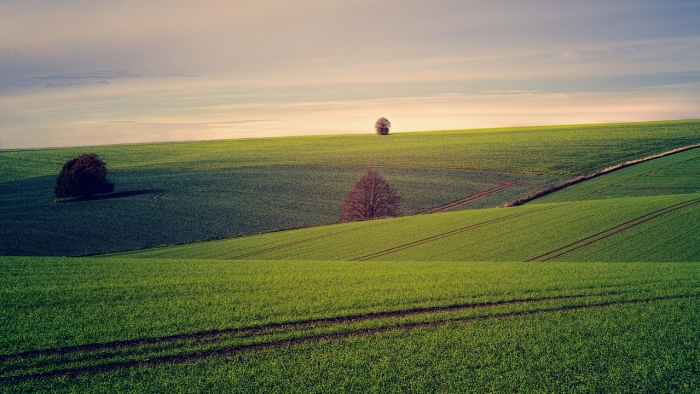 Determining radio range is a complex topic as there are many factors that will influence the attenuation of the signal in practical applications.  If we were floating in space in the coldness of interstellar medium, radio range would be simple to predict.  We live in the comfort of well-built houses and concrete condos and surrounded by plenty of vegetation and terrain.  Those conditions are great for humans, but hinder a radio wave trying to make its way through those obstacles.

Its also interesting to realize that our microwave oven works at the same frequencies than Bluetooth.  It operates at 2450 MHz which is the middle of the frequency band that has been given around the world as our playground to fit many of our sensors. This in addition to movie streaming Wi-Fi networks, cordless phones and a plethora of other accessories that interfere with its operation.

It is a challenging environment to operate a radio. Having new abilities to extend the range will address the perception that Bluetooth only works for short range networks.

To get a radio link established, we need to have the transmitter send the signal with a set amount of power into an antenna. The antenna will convert that electrical signal into an electromagnetic wave that will emanate from the product and starts its journey through air, walls, bodies and bouncing off metallic surfaces. The wave then get picked up by the receiver’s antenna, be converted again into an electric signal that can be decoded by the receiver and recover the information within.

If we want to draw an analogy, the transceiver is like someone yelling. The transmitter power level is how loud he yells. The antenna may have a preferred direction, a bit like putting our hands near the mouth as to direct the sound in a specific direction. The attenuation of the air, walls and obstacles is how the sound gets damped by the environment. Echoes would be like when a radio wave hits a metallic obstacle. The last part is for the listener’s ear (antenna) to pick-up that faint sound (including the echoes) and the listener’s brain is like the receiver circuitry tasked to decode the message.

If you want the signal to reach further, scream louder!

Many Bluetooth radios typically send their messages with only a few milliwatts of power.  That is not very strong but entirely suitable for short range communication. In addition, the low power transmission help reduce the burden on the battery.  As a comparison, the typical smartphone of Wi-Fi transmission can be about a thousand-fold stronger.  The Bluetooth specification does allow quite a bit of power but many low-cost chipsets that lack in power output capabilities.  Bluetooth specifications offer the Class 1 output with a power level of 100 mW.  This is the level of power that is needed to maximize the range of Bluetooth sensors.  It is no different with other radio technologies.  Send a strong signal and it will reach farther away.

For IoT devices we are usually limited by the cost considerations, battery life and radio regulations. To support longer range Bluetooth Low Energy, a power amplifier can be integrated in the design as demonstrated by some of Fanstel long-range modules. Generally, IoT sensors operating on batteries or energy harvesting solutions aim at digesting some of the data locally such as to avoid sending too many packets. If that is well optimized, using more power for data transmission will have an impact on battery life, but it can be kept well under control and benefit from ease of deployment.

A key factor in establishing a good radio link is how sensitive the receiver is. In other words, how good the receiver radio is at picking up the signal when that signal is weak.

One analogy is trying to listen to a faint radio station. At some point, one still hears music, but there is a lot of noise. Add more noise and you become unable to understand the meaning. The radio sensitivity is basically how good the receiver can make sense of the message when a lot of noise is present and still recover the digital information.

The receiver is limited by its sensitivity to extract information. Modern Bluetooth radio can recover information from signal received with less than a billionth of a milliwatt of energy (yes, very little power remains). However, when operating close to the receiver limits, the presence of interference near the receiver will have a very drastic effect on data loss since the signal of interest is very faintly present. Most modern chipsets have good receiver sensitivity and it is one important characteristics when choosing a solution. Thus if they are not too perturbed by interference (locally by the circuit or by nearby transmitters), they will be able to pickup signal over longer distances. This is why it pays off to understand the details in a manufacturer’s datasheet.

There is a big difference when the radio and antenna is operating in open space and when it is surrounded by objects. Akind to a beam of light, metallic object will reflect radio waves. Basically, it is difficult for radio signals, notably those in the radio frequency range of Bluetooth to escape metallic structures. Generally any metal or metallized surfaces (including the common mirrors) will tend to either attenuate or block Bluetooth signals. Walls and similar indoor obstacles do not completely block the signal, but will have an attenuation effect. When long distances are considered, even a single wall can have a tremendous effect on range. It is therefore suitable that long-range outdoor sensor systems have a clear line of sight to the sensors as much as possible. If that is not possible, a margin for attenuation must be added to ensure that the range in the application remains attainable.

The new Bluetooth Low Energy long range coded PHY is like speaking more slowly and more intelligibly (and repeating yourself a lot during the exchange). It is slower to transfer the same amount of information but more able to be discriminated from noise and more robust to interference. Consequently it supports more range.

In order to cover more distance, Bluetooth Low Energy long-range extensions encode its signal using methods that provide error correction and redundancy. The use of that type of coding on the information have an impact on information rate. The more robust the encoding, the bigger the range but it will send the information more slowly. Effectively by reducing the effective data rate from 1 MB/s down to 500 kB/s or 125 kB/s the signal is effectively constructed of multiple copies of the message such that the distance that can be achieved is 2x or 4x the base distance using the regular encoding of the data.

In many IoT applications, the sensor data is generally limited. For example, most of the sensors that we build at Motsai will include various algorithms to count repetitions, perform frequency analysis or use similar methods to reduce the information needed to be transported by the radio link. Thus, by using lower data rates, the new long-range extensions of Bluetooth allow the sensor data to reach longer distances all while using radios that remain very cost effective and retain its compatibility with the compulsory Bluetooth modulation that is supported by all modern cellphones and tablets.

In summary, you can project to get a good radio range if the radio can send a strong signal (high output power) and if the corresponding receiver has good sensitivity. The gain can be extended by using coding such that any perturbation during the transmission can be corrected and the data recovered by the receiver. The trade-off is that the radio will need to transmit for a longer time and thus use more energy doing so.